This article is a stub. You can help Jhonen Vasquez Wiki by expanding it.

Tenna (also called Tonja in Johnny the Homicidal Maniac) is a secondary character in I Feel Sick. She’s Devi D.’s best and (most likely) only friend. She always carries her toy Spooky with her.

Tenna is an extroverted girl as an opposite to her friend Devi. She tries to find positives in bad situations as shown both in IFS and JtHM, where she wanted to get Devi’s mind off Nny by bringing up her last, less frightening, unsuccessful date.

In IFS she encourages her friend to go out more, as she thinks her bad emotional state comes from her sitting in her room all day. However as later stated by Devi - “going out more” is Tenna’s answer to most problems.

She’s sometimes weirded out by Devi as shown in their conversation in the “Eat or Die” restaurant, but that doesn’t mean she won’t point out Devi’s flaws to her e.g. their argument in the car. She’s often skeptical about her friend's problems and stories like talking dolls, a date with a zombie. She states that she questions those things because she cares and is worried about Devi.

Tenna can sometimes act a little childish, she talks to her squeaky toy Spooky as if it was a real person after Devi insults him. She’s also easily amused by Devi saying “poop”. 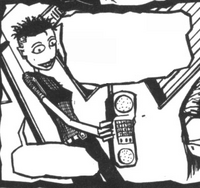 In JtHM Tenna was shown to have short, kinky hair shaved on both sides of her head. She wears a piece of clothing that resembles a sports bra, with a fishnet top underneath it. She also has dark pants with a belt and some kind of shoes on. 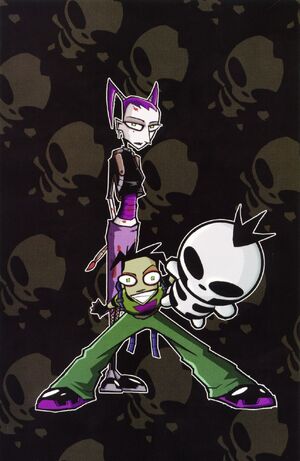 In I Feel Sick her hair is more spiky. She’s explicitly stated to be black with her skin tone shifting in hues between the issues. She has green eyes and wears red eyeshadow. Although she’s seen in many different outfits, most of the time she wears a green top with a purple pattern on it, black long sleeved shirt underneath it, and a black trench coat. She also wears black-purple shoes and green bell-bottoms.

Community content is available under CC-BY-SA unless otherwise noted.
Advertisement